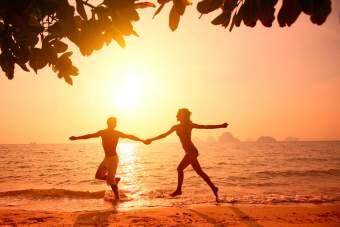 Romance is an integrated emotion and urge in human life. Human body and psychology is designed to attract members of opposite sex. This intelligent design is the key to human relationships and sexuality which further works as basic element of human continuity on earth through procreation. Usually male and female counterparts feel the buds of romance germinated within at the beginning of adolescence itself.

Sexual maturity has no role in bringing romance on ones minds as people may feel romance much before they attain puberty. Romance is a psychological application imprinted into your brain which is stimulated even in the childhood itself. There are several social and psychological aspects behind a person's inclinations to fall in love.

Physical attraction is another reason behind romantic relationships. A normal man or woman is designed to get attracted to the opposite sex at the fulfillment of time. But all the men or women do not find each and every counterpart attracted in the same intensity. They feel some more beautiful or sexy while others less.

The reason is again psychological as the likeness of people is formed in the brain according to the aesthetic and sexual images and ideas a persona has created in his/her mind. The concept of beauty differs from people to people. Some may say that slim is sexy, while other may differ in opinion. As the sayings go, beauty is in the eye of the beholder, attractiveness also vary as preferences of people differ.