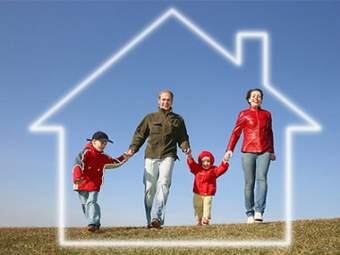 But today, the modern life has very much changed the family structure and the gender roles have been diverting from the traditional responsibilities and path of performance. In fact, the gap between different genders has already melted down, creating an all equal society and more equalized families. Today, there are no monarchs in families and no bout-to-obey members in families.
All live together, taking decisions together, expressing opinions openly, criticizing and encouraging mutually and yet being independent and responsible. The society-defined gender roles may crash with the modern roles of family members and many families experience the dilemma of the crashing gender roles.

The origin of gender roles can be dated back to the very establishment of the social life. Ever since man started living in societies, they differentiated between the male gender and female gender and implicated specific lifestyle, duties and functional areas for each of these genders. It was quite needed in the then lifestyle of human beings.
Hunting was the only way of finding a living; thus muscular male members took the role of hunters of food suppliers and physically less fit female members took over the role of home makers and cooks. The masculinity helped male gender to dominate the society and made them authoritative in families.
But the time has grown a lot empowering female gender to almost equal status of men and today, they dare to live independent of the help of men and at times, to the extent of questioning men in different aspects. The newly gained power makes women get out of the norms and define new gender roles in the family, which may often result in clashes in the family.
Issues of Equality in Family

The modern social structure sees both men and women as equal partners of the society with equal rights, status and responsibility. This is a sudden change of concepts of a male dominated society. In the families, people who have observed authoritarian father and submissive mothers may expect the same when they setup their own families.

The equal status may disturb the husbands as the laid-underneath superiority elements may require certain amount of time to dissolve themselves and accept the new socio-cultural setup. The aspect of equality will give rise to certain issues too. Who is to direct and who to be directed? Who is the authority in family related issues? etc., may put the family in trouble. If not accepted well and handled appreciably, the family may become like a vehicle steered to different direction at the same time by many drivers.