The science of Love 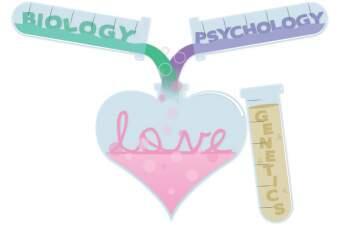 Have you ever wondered what is the reason that we get attracted to the opposite sex? What is behind a relationship between a man and woman? Or what is the reason we find some body totally irresistible and often fantasize about that person in a sexually inclined manner? Why is that we are swept off our feet at the sight or thought of someone and long to be with him/her whenever we are free?

Apart from the evolution theory, this is the basic scientific reason which explains the questions we are trying to answer in this article.

Hormones are a form of chemical compounds in our body which is released at various stages of life and times as per need. The role that they play in influencing our minds and bodies to get attracted to somebody is also pivotal. A famous study defines the first stage of love to be lust, the second as Attraction and third as Attachment. These various stages are influenced by different hormones in our body which is discussed below.

This is considered to the last stage of love and very much needed for a successful relationship. Scientists believe that there are two hormones which have a role to invoke this feeling - Oxytocin and Vassopressin.